W.U.D.O. is an association of teams and organizers in Unimotorcycle -/ Unimoto Drag Racing
Use our website and inform you about W.U.D.O. the Unimotorcycle / Unimoto Sport, the teams and the rules.
You can contact us through on our contact page on our website. 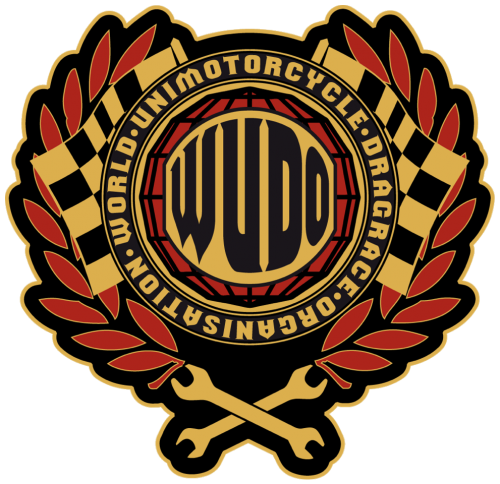 Who we are? What is the Association?

In order to create uniform conditions for racing, records and everything related to it, we founded on 13.02.2013 the:

The decision to establish the organization has been made in summer 2012.
At a team meeting the following representatives have been elected:

In summer 2016 Arndt Weerts withdrawed from the active events. Instead of him we incorporated

The following teams were present:

On February 13th 2013, the decision was put into effect. Name giving and establishing the necessary rules came after.

All decisions are made by all representatives only, no arbitary decision are made by only one person.

We do not cost money, but spend more than initially thought.
We do this work, because we believe in it.
We want that things are going fair and safe.
We want to be strong for this sport, but especially for the drivers.
We will grow, but not only in our standard and tasks.

Why W.U.D.O. Association has been found?

The reasons for this association to emerge are well known to every enthusiastic and interested Unimotorcycle rider.

We would like for all riders and event organizers have the same safe and fair conditions at all races.
Unfortunately in the past, there have been recurring unfair and arbitrary rules, decisions and votes.

To create worldwide standard conditions for races, records and everything that has to do with it we founded on 13.02.2013 the:

What is new?
With the W.U.D.O. you can pull in records and titels without any expensive or time consuming tools. You only have to comply with the provisions for the creaton of a record wich is realy easy for the teams and organizers.